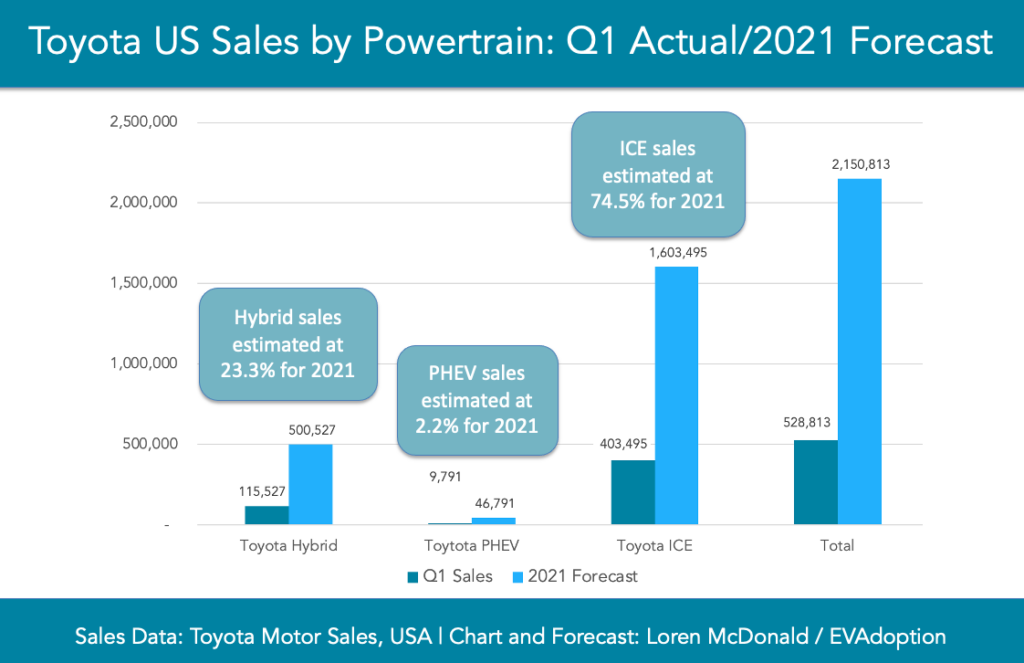 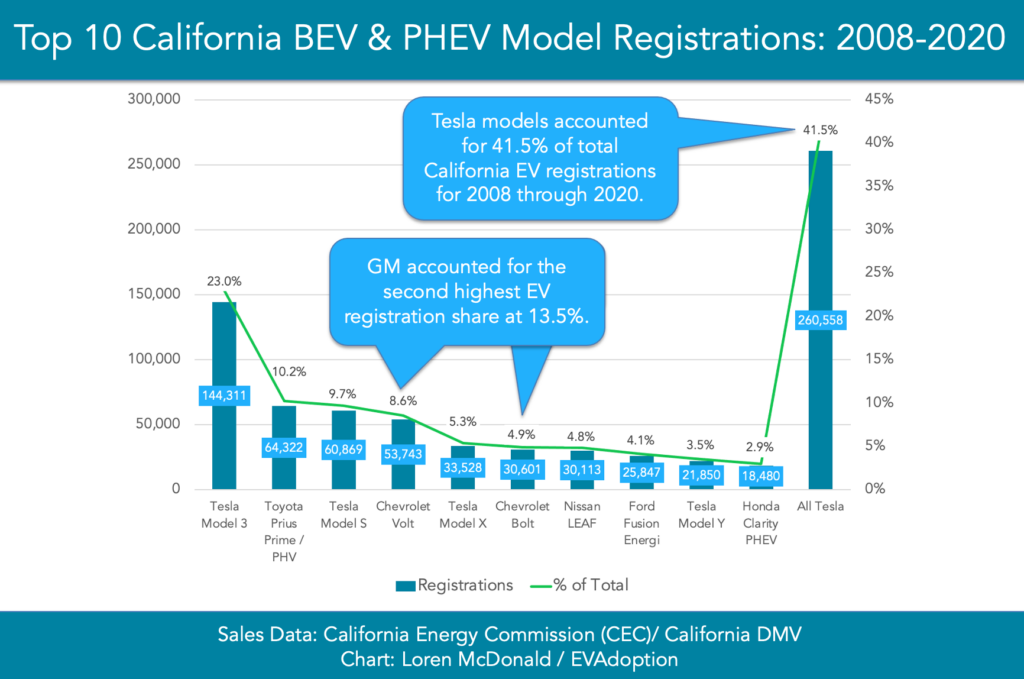 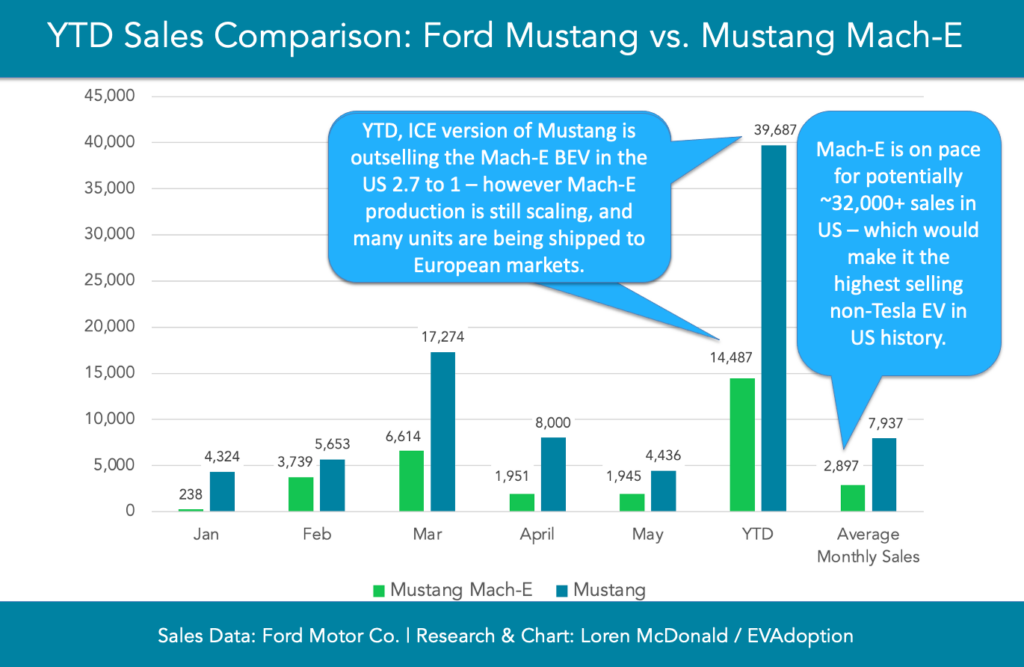 After 5 months of US sales numbers, it appears that Ford’s Mustang Mach-E BEV could be on pace for around ~32,000 or more in 2021, its first full year of availability. 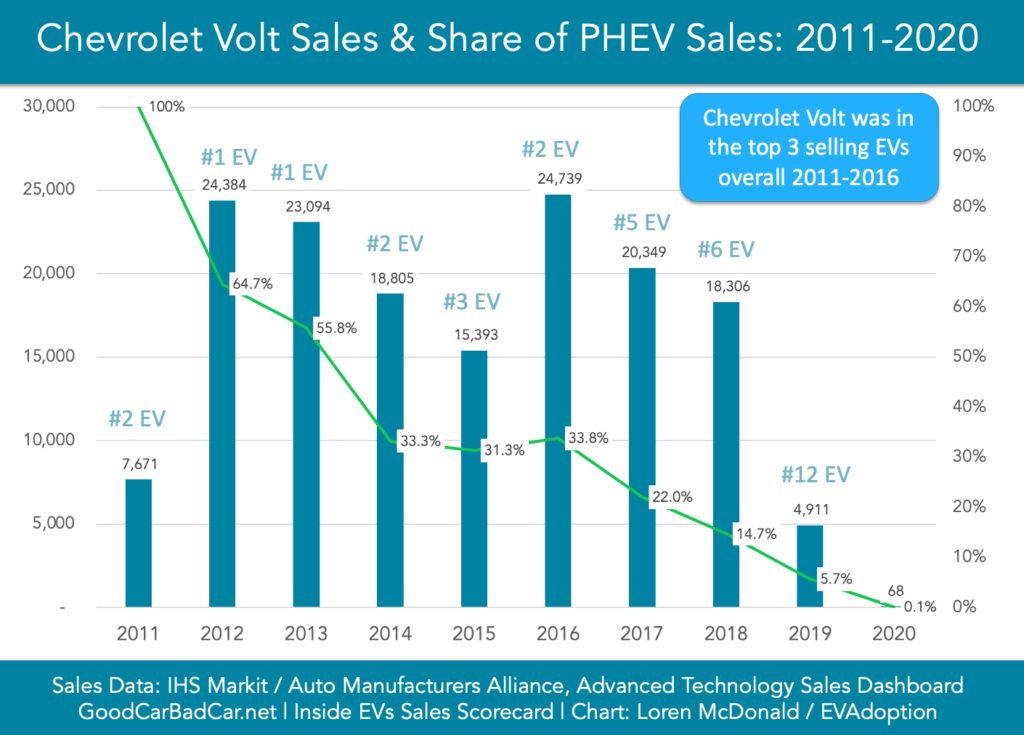 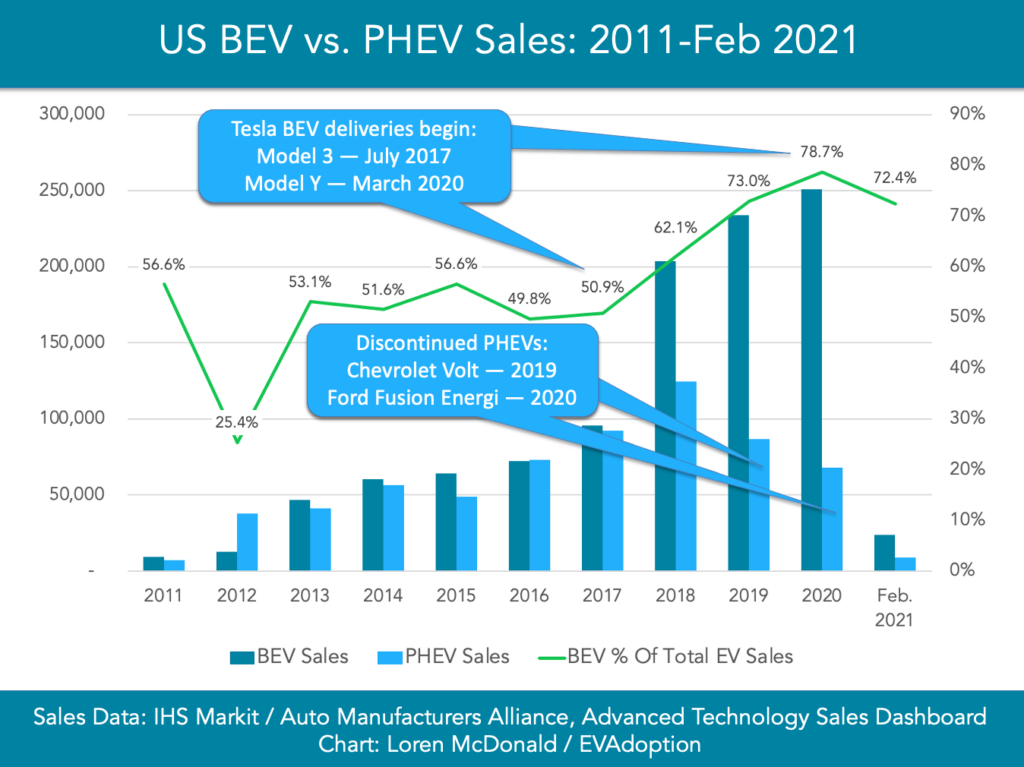 From 2013 through 2017, US sales of BEVs versus PHEVs were neck and neck with PHEVs actually eking ahead of BEVs in 2016 by a bit more than 700 units. But then the EV world changed with deliveries of the Tesla Model 3 beginning in the US in July 2017, but really kicking into gear in 2018.

Tesla has sold the most BEVs globally from January 1 through April 30, 2021, according to a new report from Morgan Stanley using data from EV-volumes.com. When combined with GM and Volkswagen, those three automakers accounted for 43% of global BEV sales for the first four months of 2021. 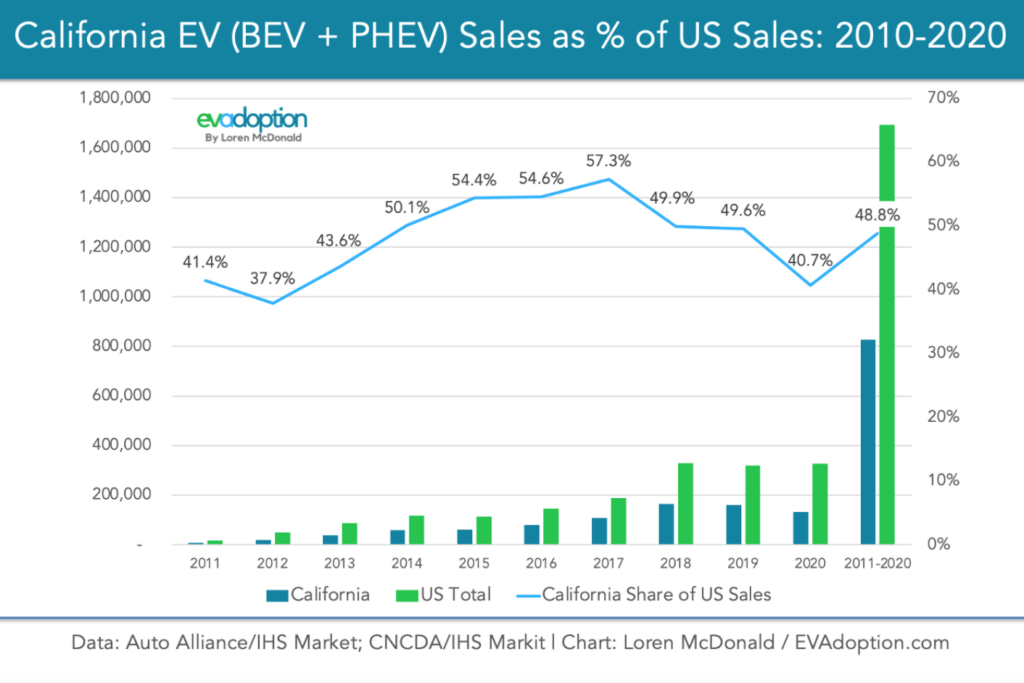 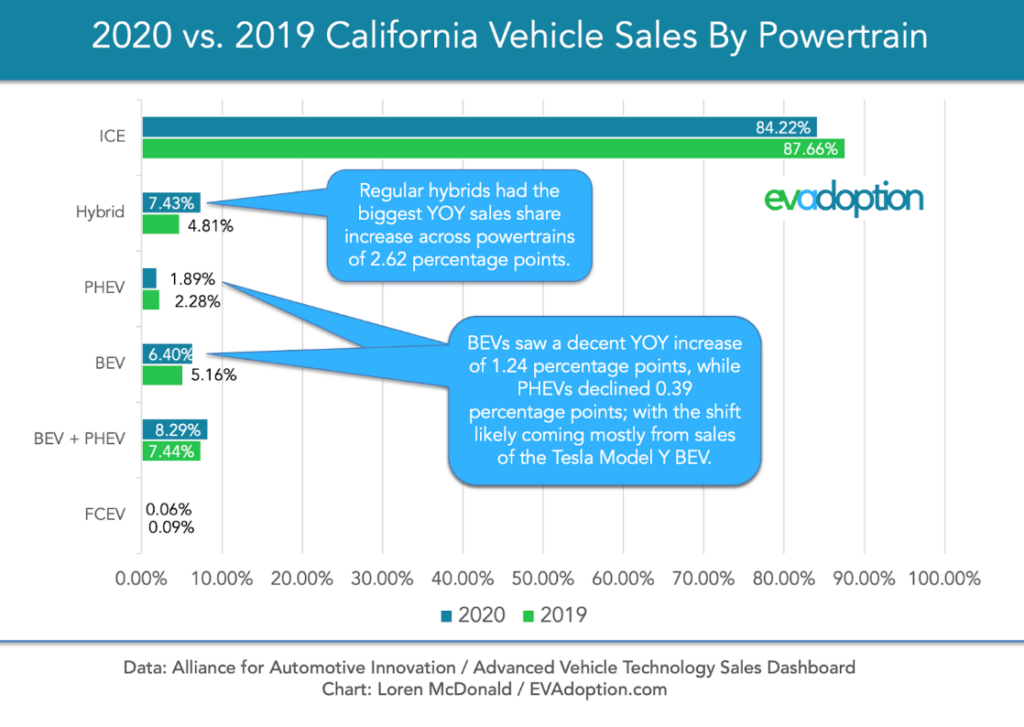 The story within California borders during the 2019 through 2020 period is the return of the sales for regular hybrids and a slight decline in sales share of PHEVs.

Ups and Downs of Regular Hybrid Sales in the US 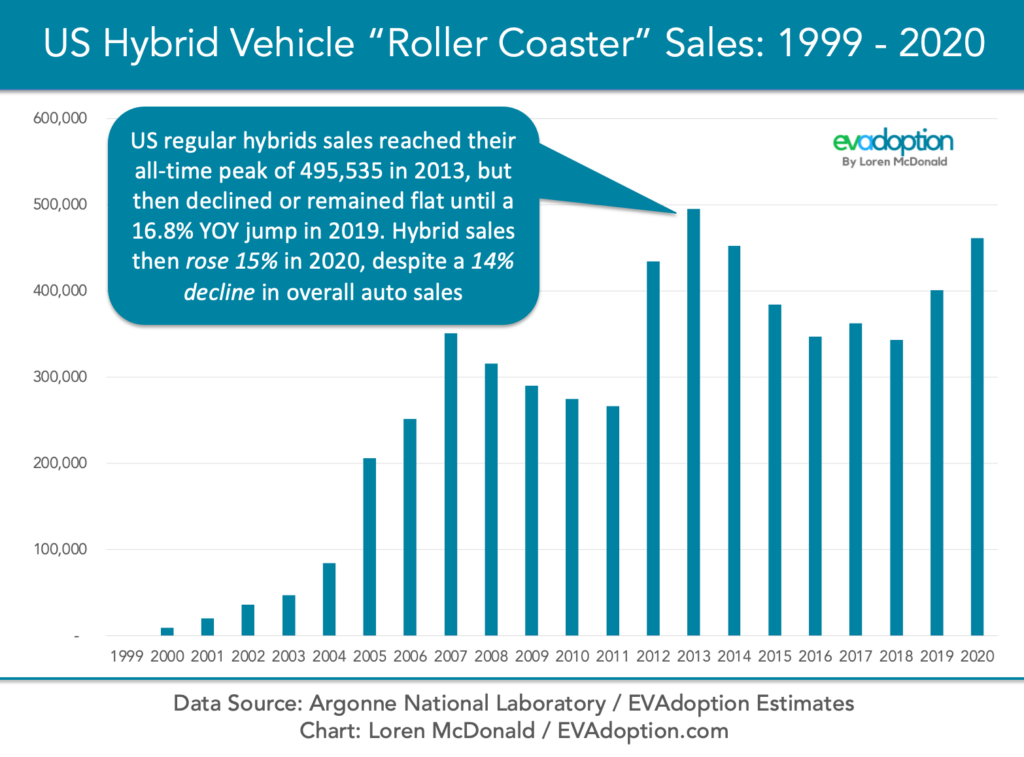 Hybrid sales then declined or remained relatively flat until they took another jump of 16.8% to nearly 401,000 in 2019. And then, even in a year of declining auto sales overall of -14% due to the pandemic, hybrid sales actually increased 15%. Hybrids are clearly back on the rise, driven by a strong push from Toyota and Honda and the huge success of the Toyota RAV4 hybrid.

US Cumulative Vehicle Sales By Powertrain Through 2020 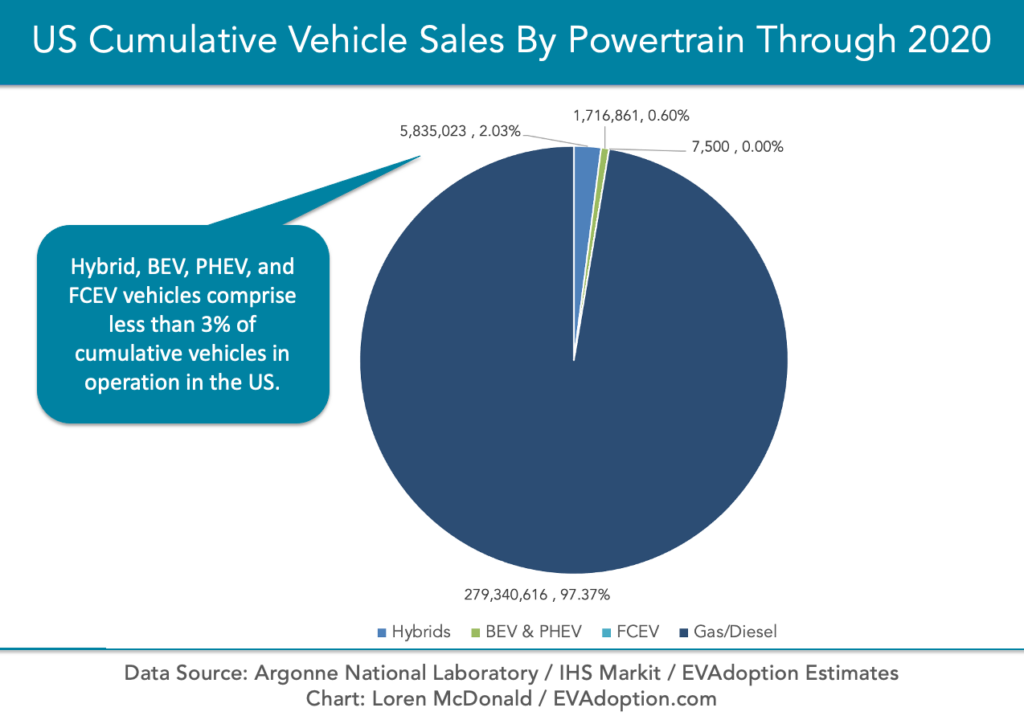 Through 2020, the US cumulative vehicle in operation stock is well less than 3% for the combined vehicle powertrains of hybrids, BEVs, PHEVs, and FCEVs. 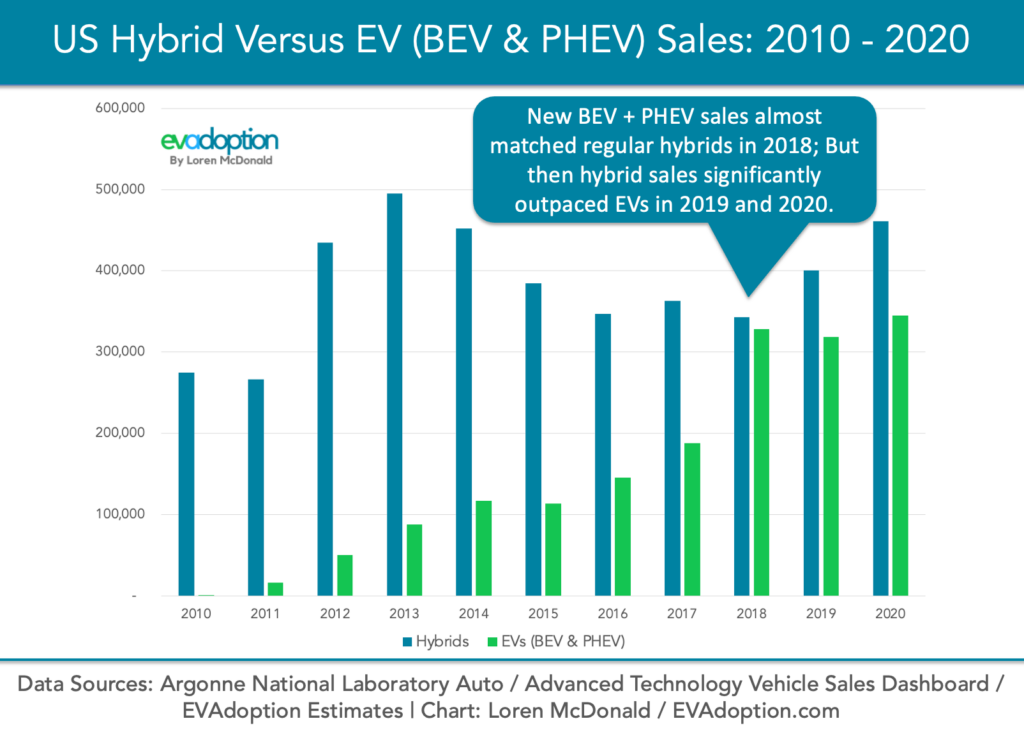 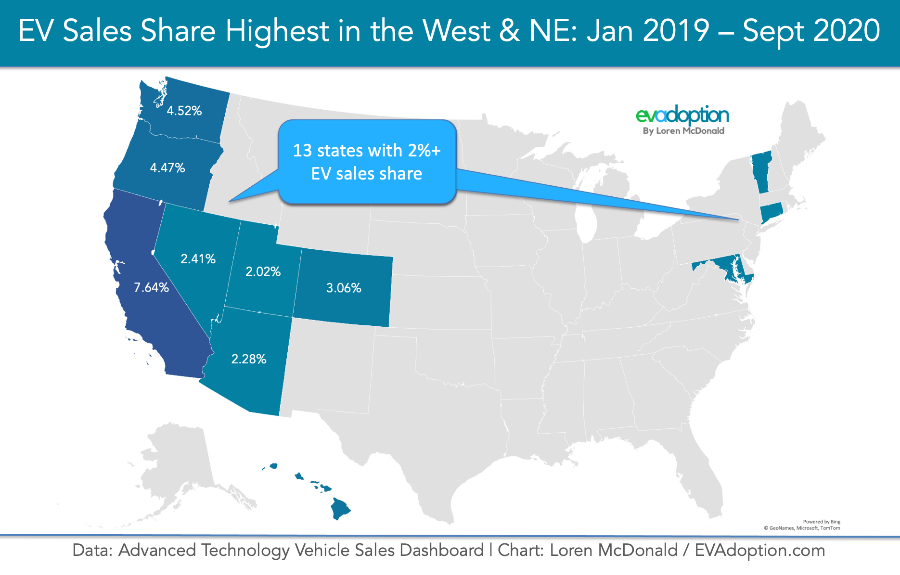 In these new charts I show the sales share for the period of January 2019 through September 2020. 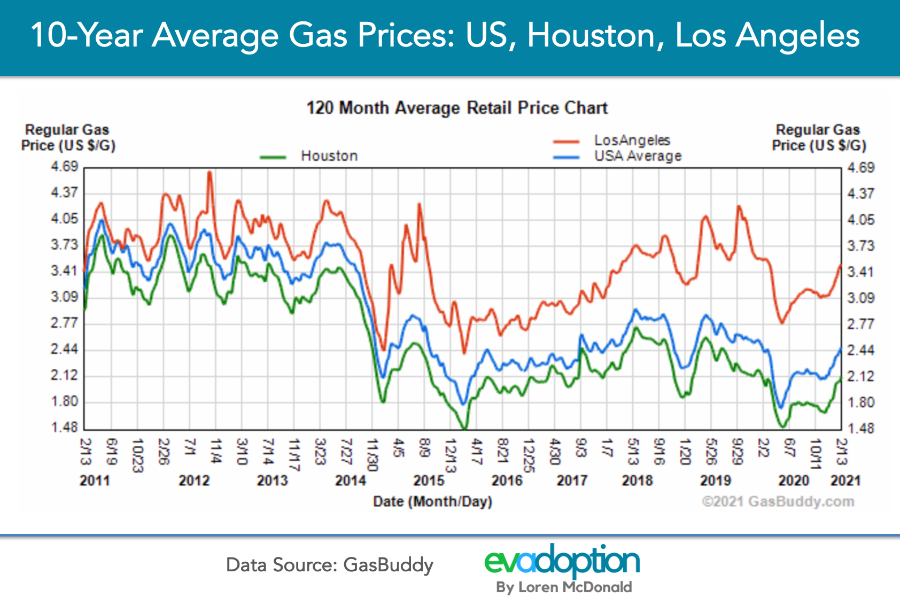 Gas prices are on the rise in the US in recent months, but using data from GasBuddy the average price of a gallon of gasoline is still within the range of average prices the last 6 or so years. And prices both nationally and in two extreme markets – Houston and Los Angeles – are well below […] 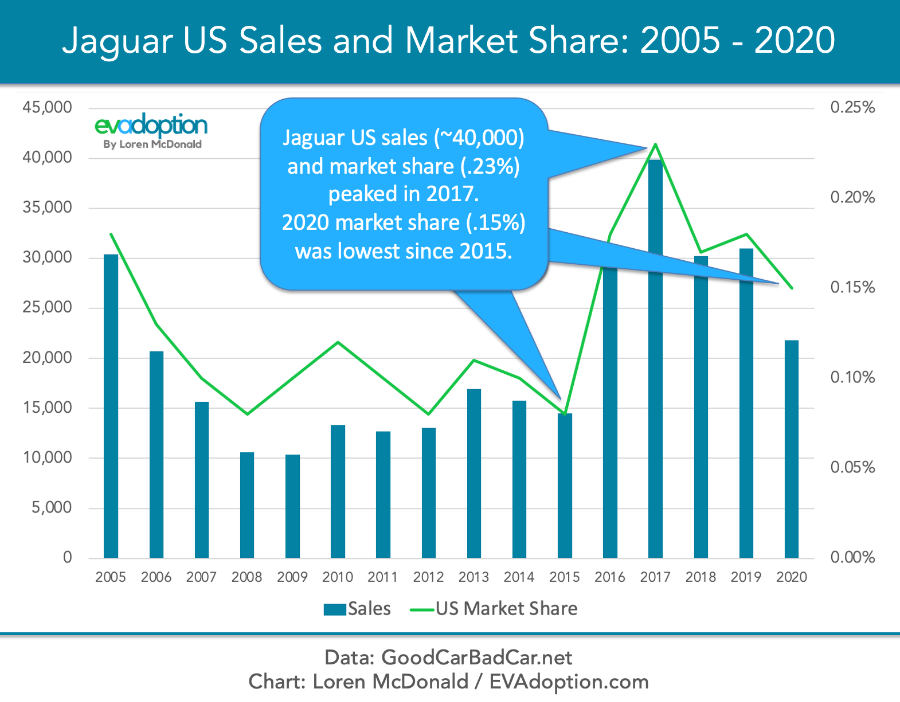 Jaguar Land Rover (JLR) announced that its Jaguar brand will become an EV-only brand beginning in 2025. At least in the US, this is likely a survival strategy as the brand had its lowest market share in 2020 since 2015. With the luxury market from Lucid Motors to Audi, BMW, Cadillac and Mercedes-Benz going electric, Jaguar […]