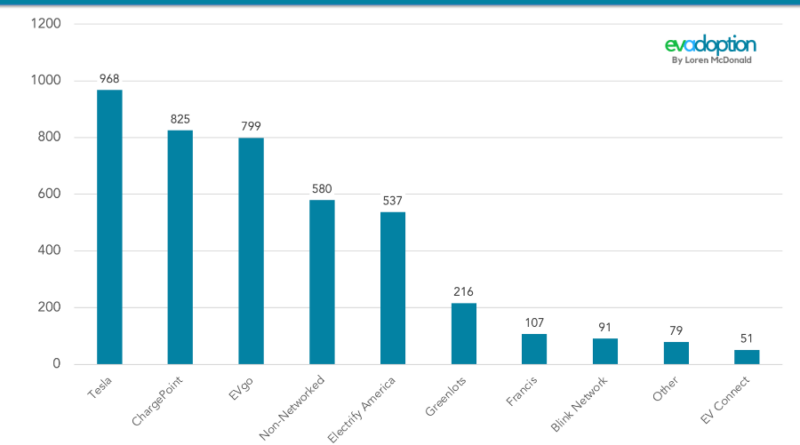 Using data from the Alternative Fuels Data Center, the following are new charts that look at three new metrics for DC fast charging networks as of December 31, 2020.

Tesla continues to have the most DCFC locations in the US, though with ChargePoint and EVgo roughly about 150 locations behind and gradually closing the gap.

And in fact, there are 1,500+ more Tesla Supercharger ports than from ALL other charging networks combined. This obviously has to change to help drive EV adoption in the US, but at the same time, it makes sense with Tesla having accounted for ~80% of BEV sales in the US in 2020.

Lastly, one of my personal favorite metrics looks at the ratio of ports to locations, where no surprise, Tesla dominates with an average of nearly 10 ports per location, more than double Electrify America and roughly 3 to 6 times the other networks. I don’t expect these numbers to change much over the next few years until sales of non-Tesla EVs really take off which leads to an increase in utilization and demand per charging location. 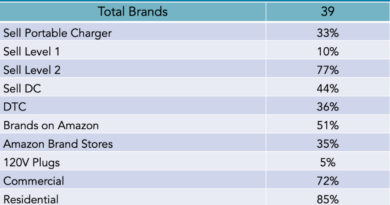 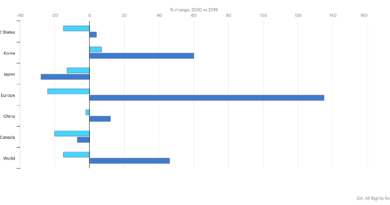 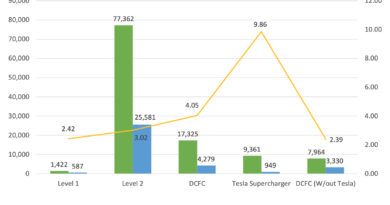 Where Are the Level 1 Charging Connections in the US?